So Many Questions, So Little Time 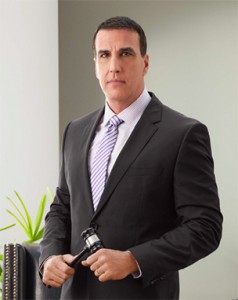 I’ve wanted to start a blog for quite some time.  On many occasions I’m asked by a network to comment on a complicated legal issue and find myself trying to explain things in a 20 second sound byte.  The law is not that forgiving.  A blog gives me the opportunity to explain things in more detail than valuable television time permits.  In addition, I have a lot of friends on Facebook and Twitter who ask questions that I would like to address but the 140 character limit of Twitter, while appealing for some purposes, is too limiting for others and, frankly, I can’t bounce back and forth from each site to answer questions or nothing else would get done.

So I’ve decided to start this blog and to use my first post as a response to the three questions I am most often asked on Facebook and Twitter.  Think of this as a “housekeeping post” as it is more functional than interesting…at least for me.   I promise that my future posts will be more substantive.

I’ve been speaking professionally for years all across our country.  I enjoy the travel and like meeting people.  I especially enjoy speaking to high school, college and graduate students because I love inspiring them to succeed and intend to continue doing that.  I am also creating a platform from which I can better interact with all of you.  I hope to be able to move my blog to this platform where I can answer questions about the law, post audio and video interviews and add some fun things for all of us to share in.  And I want to practice the type of law I really enjoy: representing people who have been truly victimized and seriously injured by large, powerful corporations.  Let’s face it, everyone’s disgusted by people who fake or exaggerate injuries for money.  It’s a fraud on the court and an embarrassment to the legal profession and our system of justice.  If it can be proven it should be prosecuted.  In fact, I’ve defended many companies who have been the victims of frivolous lawsuits.  But there are also companies who seriously injure people in order to make a buck (think “Ford Pinto” for those of you old enough to remember the horror of people incinerated in their cars because a corporation calculated that the cost of settling the inevitable lawsuits was cheaper than the cost of recalling the defective vehicles; a callous  “let them die; it’s cheaper” mentality).  A large corporation with the financial ability to beat the injured victim down until they settle for very little, or go away, is an unfair fight; a real David & Goliath battle about which I’ve always felt passionate.  So to answer the question, I’ve paired up with some great lawyers to take on the Goliaths of the world.

“Are you going to come back to television?”

The short answer is: “Sure. Why not?”  I really enjoyed working with all of the great people on “Judge Alex” and would welcome the opportunity to do it again.  I also enjoyed meeting fans of the show at different promotional events.  I’m in talks with a couple of groups that are interested in bringing my court show back but, since there are only a limited number of time slots during the day, a large part of that decision is determining what shows that are currently airing are worth keeping and which are worth replacing.  That’s a matter that is out of my hands but not yours, so if you’re a Nielsen family you should know that they take the ratings of what people watch very seriously; and if you’re not a Nielsen family, feel free to email your local station and tell them what you don’t like and what you miss–it is your own private rating and they value that too.  I’ve also spoken to some networks about coming “in-house” as a commentator or host and I’ve pitched different show ideas that are being considered.

We’ve all been working for free. It’s time to collect. »